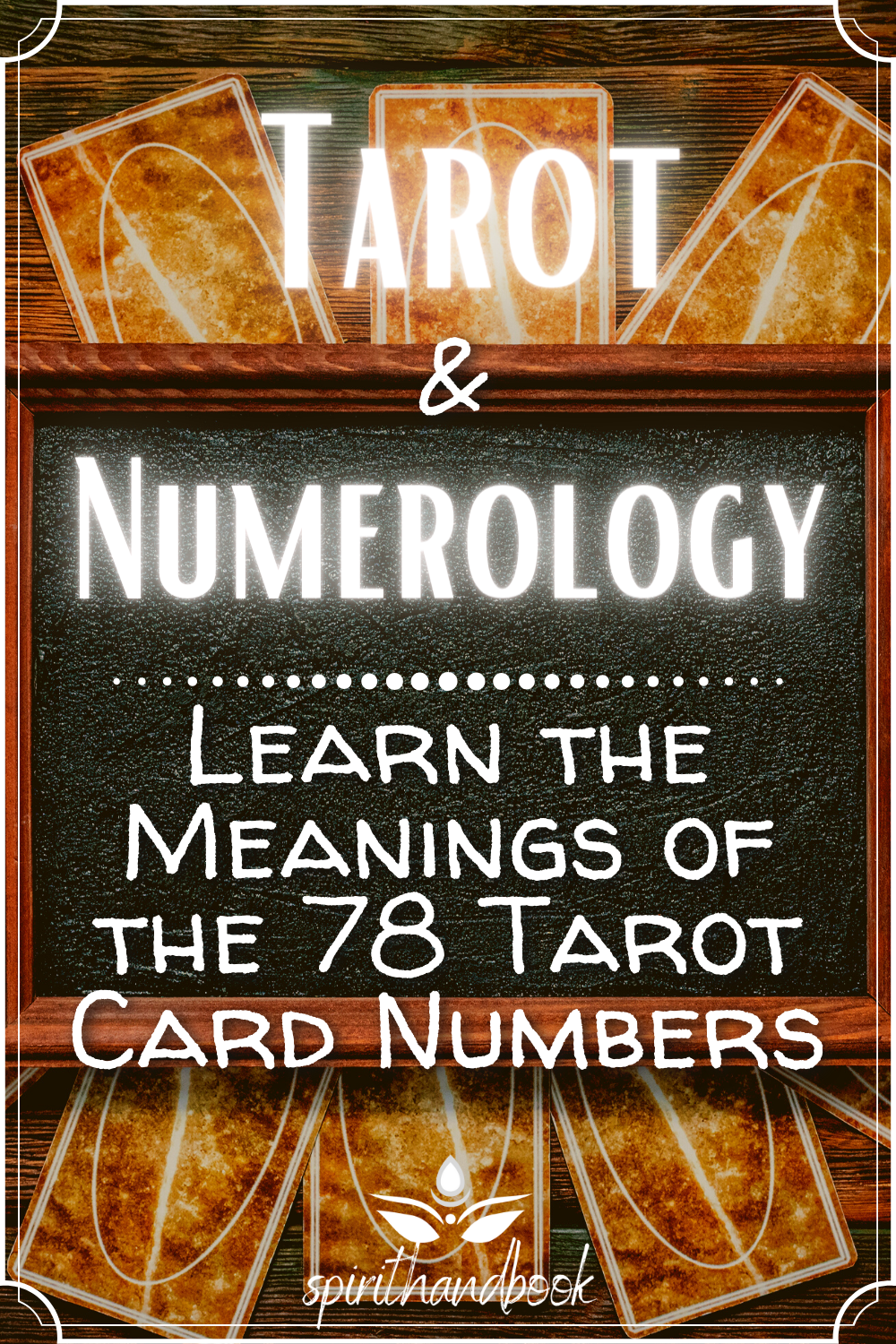 The Full Series: Tarot and the Meaning of the Numbers

Find yourself interested in Tarot? Don’t know where to start? Fear not! Though daunting, the Tarot is an extremely fun and rewarding area of study to get into, no matter the motivations. As you familiarize yourself more with the cards, you will become more familiar with your life, yourself and the reasons why things happen!

Please note: This post may contain affiliate links that help me create free content for you! Thanks for your understanding!

Reading the tarot is an ancient practice and has mysterious origins, though many believe the Major Arcana to have come from Egypt. It is said to have been transcribed in one of the collections stored in the Library of Alexandria, which was later mysteriously burned down.

Across history, through various ages, we seem to find evidence of knowledge of the images portrayed on these cards. This is seen in ancient Babylon, Indian, Judaic, Medieval and Chinese excavations, dating thousands of years old.

The cards are interestingly very prevalent in Gypsie culture, and it is unknown where the Gypsies received it from, however, they have been spreading the culture of tarot for centuries.

Many believe them to have gained this knowledge from the Egyptians and spread it across Europe. Some even go so far as to say the word Gypsie is a perversion of ‘Egyptian’. To a great extent, the gypsies used the cards for divination and fortune-telling and still do.

Of course, with the spreading and interpretation of these cards in different cultures and regions, the images begin to dilute with each hand they pass through. Some decks may hardly even be compared to one another, having huge changes in numerical values and symbols.

To further complicate things, a second ‘Lesser’ Arcana was added later on at a later date, mainly used for the purpose of divination. Some believe these cards to have originated from an old Italian card game named “tarrochi”, but incorporate many philosophical principles. Our standard Western deck of cards commonly used in poker is greatly influenced by this deck.

In addition to fortune-telling, the tarot deck is used as a basis for understanding the secrets of the Universe. The cards are inextricably linked to Judaic mysticism, to start.

For example, the Major Arcana has 22 cards and the Mystic Kabbalah has 22 paths on its symbolic Tree of Life. The meanings between these two systems correspond also almost perfectly, and in sum are regarded as the blueprint God used to create all that is.

Funnily there is no connection between the cultures that used these systems evidenced anywhere in history. That is unless you consider the occult belief that all the knowledge of ancient Judaic wisdom came from Moses, who was actually an initiate trained by the Egyptians.

The Connection between Numbers and Tarot

The tarot deck’s numbers numerological associations have often been tied to the Greek mathematician and philosopher Pythagoras, who also taught the divine essence of numbers, geometry, and letters. It is written by a few sources, but never proven, that Pythagoras also learned from and was trained by the Egyptians at some point in his early life.

Egypt, as claimed by Hermeticists, is the source of much higher and divine wisdom known in the world, being a civilization that was hugely advanced in the realm of spirit and unseen forces.

This is all, of course, a subjective perspective. In truth, we may never have factual evidence as to where the tarot deck really came from. We may only study the cards and observe insights from historians, mystics, and researchers in hopes of forming an opinion!

Later once the Roman Catholic Church came to power, the Tarot became known as the “devil’s picture books” and the cards were condemned as heretical.

The punishment for heresy was steep, and possession of these cards became quite dangerous. The cards, along with other mystic belief systems went underground and slowly became what we know today as “occult”, which simply means “hidden”.

Today we have the freedom to explore many philosophies of life and may use the tarot to gain a deeper understanding of this mysterious universe or perhaps gain insights into unseen forces at work, through divination!

By looking at each card individually and studying it, we may better familiarise ourselves with the deck and better grasp what each card symbolizes both in philosophy and in a personal reading.

In this series, you will discover the meaning of the numbers of your 78 tarot cards! Every week I will therefore analyze some of the tarot cards, their numbers, and their meaning in numerical order.

Get Your Own Tarot Deck From Amazon