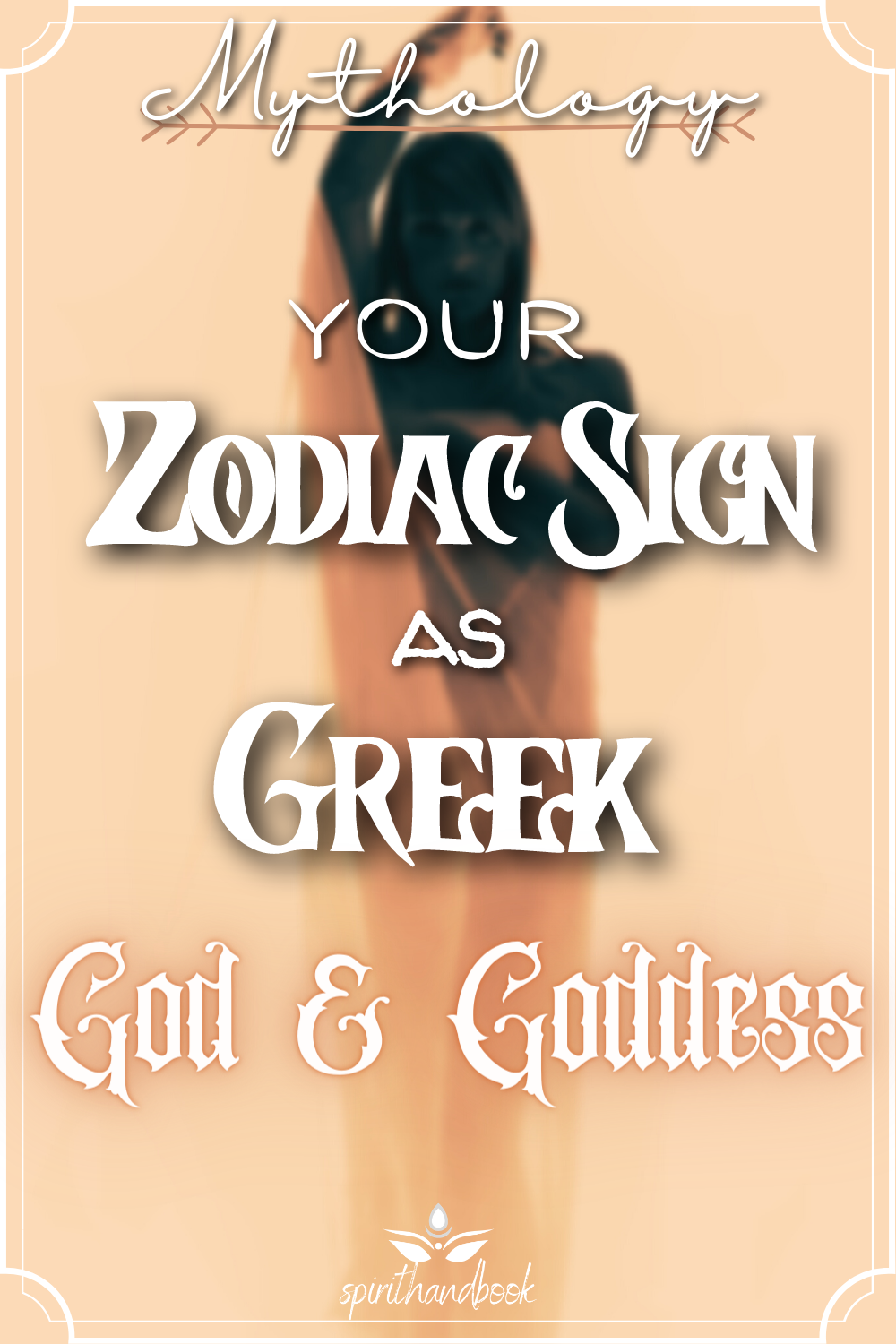 The Greek Gods As Zodiac Signs

Ancient mythology and astrology have a special relationship, as can be seen in the endless mythical elements in the zodiac. Actually, for each sign of the zodiac, there is a greek god or goddess associated with it.

Each constellation symbolizes a mythological character. From the connection of the planets with the Olympian gods of ancient mythology, we can get a lot of knowledge about the nature and the functioning of the planets.

The universal principles, for which the father of the gods Zeus (Jupiter), his father Kronos (Saturn), the god of war Ares (Mars), the goddess of aesthetics and love Aphrodite (Venus), the messenger of the gods Hermes (Mercury) and others stand, are, according to astrological beliefs, also in the star cancellations and zodiac signs.

Each zodiac sign has a different backstory, based on a Greek god or goddess. As a Greek person myself, I have always been fascinated by Greek mythology, so I am excited to take a look at your zodiac signs!

Aries: Ares – The God Of War

Aries-borns are ruled by Mars, which was attributed to the god of war – Ares. He represented the physical, violent, and untamed aspects of war.

Ares was known for his chaotic, impulsive and aggressive behavior.

People born under the zodiac sign of Aries share these characteristics with the Greek god. They are born leaders who need constant physical and mental stimulation to feel satisfied and fulfilled. On the one side, they tend to be highly impulsive and stubborn, and on the other side brave and loyal.

Taurus: Hestia – The Goddess Of The Hearth And Of The Home

Tauruses are associated with Hestia, the goddess of the hearth and home – basically of the family life. She would cook the bread and the meals for her family.

Just like Hestia Taurses put their families above anything else. They are extremely loyal, caring and dedicated.

Tauruses enjoy spending a lot of time at home and are very protective of their families and friends. In addition, they value delicious food and are good cooks.

Gemini: Hermes – The God Of Trade, Of Luck, And Of Language

The planet Mercury is named after the god of trade, luck, language, fertility, commerce, sleep, and travel – Hermes. The zodiac sign Gemini is assigned to the Greek god Hermes since their ruling planet is Mercury. In Roman mythology, Hermes was known as Mercury.

Geminis are intelligent, social, charming, active, and adaptable, just like Hermes. In Greek mythology, Hermes functioned as a messenger and divine herald of the gods.

Cancer: Artemis – The Goddess Of The Moon And Of The Wilderness

Artemis was the goddess of hunting, childbirth, virginity, and the moon – and the moon is the ruler of Cancer. She was also a protectress of young girls.

Artemis was a virgin and extremely afraid of men. This is why she used to live far away in the woods and why she would leave her house only at night.

Cancer-borns are similar to Artemis because they are shy, extremely emotional, and caring. They love kids and spending time at home with their families.

Leo: Apollo – The God Of The Sun And Of The Light

Apollo was the god of divination, arts, healing, and music. He was also the god of the sun and light – and the sun is the ruling planet of people born under the sign of Leo.

Apollo was considered one of the most beautiful and important gods. Just like Apollo, Leos need admiration and attention. They are born to be in the spotlight.

Also, just like Apollo, Leo-borns are extremely protective of their loved ones and if necessary, a Leo is always there to help – they are true heroes. Apollo functioned as a healer and god-protector from the evil.

Virgo: Demeter – The Goddess Of Grain And Of Agriculture

Demeter was the goddess of the harvest, grains, and fertility of the earth. She was also the goddess of sacred law and the cycle of life and death. Her name translates into “Mother Earth”.

She was depicted as a mature woman wearing a wreath made of ears of corn. In fact, she was seen as a mother figure since she revealed the art of growing and using corn and food from the earth.

Virgos are related to Demeter because they are hardworking, intelligent, conscientious and helpful.

In Greek mythology, Libra is associated with the Goddess Themis. She is usually depicted as a blindfolded woman holding the scales in her hands.

After Gaia, she was the second patroness of the oracle of Delphi. In this role, she was the divine voice that taught people first in the primordial laws, e.g. justice and morality, rules of piety, rules of hospitality, good governance, making offerings to the gods.

Themis was a beautiful woman who could tell the future and possessed a knowledge that exceeded even that of Zeus.

In Themis we can see all the typical Libra characteristics: natural law through divine consciousness, social grace, and courtesy, awareness of the desires and viewpoints of others, seeking the best solution through agreement rather than domination, desire for peacemaking, and balance.

Scorpio: Hades – God Of The Dead And Of The Underworld

The correspondent to the zodiac sign of Scorpio is the Greek god Hades, the god of the underworld, of the shadow. Hades was later known as Plouton. From there derives the name of the planet Pluto. And Pluto is the ruling planet of Scorpios.

Pluto is the planet of the underworld, renewal, and transformation. It enhances everything related to the subconsciousness. The underworld of Hades is a metaphor for the dark, for the unconscious, and with regard to the human body, for the abdomen and the sexual organs.

Sagittarius: Dionysus – The God Of Wine And Of Festivity

Sagittarians are directly related to Dionysus – the god of wine, festivity, pleasure, ritual madness, and theater. Often, he was depicted as an old man with a beard or as a feminine young man with long hair.

Sagittarians share different character traits with Dionysus like their enthusiastic, honest, philosophical, and wise nature. They need constant stimulation and action to still their thirst for adventure.

Like the god of wine, they are the most entertaining sign of the zodiac and they can count many friends.

Capricorn: Cronus – The God Of Time

Cronus was the king of the titans and the god of time. His name derives from the planet Saturn, which is the ruling planet of the Capricorn zodiac sign.

Often, he was depicted as a vigorous male, tall and powerful, or as an old bearded man.

Just like Capricorn, his strengths include his determinedness and his good keeping of time. Capricorns are hard-working people with high goals, that they almost always achieve with their dedication and passion.

Aquarius: Ganymede – The Cup-Bearer Of The Gods

The Aquarius constellation is said to represent Ganymede, once the most beautiful man on earth. When Zeus glanced at the young boy during a visit to Earth, he was hit by Cupid’s arrow. He abducted the king’s son from Troy to Olympus and granted him immortality. From then on Ganymede had to work there as a “water bearer” and serve the gods.

He carried the golden bowl of heavenly nectar for the gods and was endowed with eternal youth. Zeus eventually placed Ganymede in the sky as the constellation Aquarius. 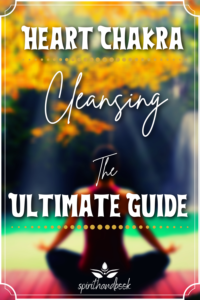 Pisces: Aphrodite And Eros – The Goddess Of Love And Of Beauty And The God Of Love

In Greek mythology, the zodiac sign of Pisces represents the goddess of love Aphrodite, and her son, the god Eros. They jumped into the river Euphrates and transformed into fish in order to escape from the monster Typhon.

Athena then placed the fish in the stars.

Aphrodite was the goddess of fertility, love, and beauty. In fact, she was so beautiful and charming that she caused a war between many gods who wanted her. Although she got married to Hephaestus, who was ugly and deformed, she had many lovers, both men, and gods.

In the myths of the Greeks, Eros appears mostly as a child. Innocent and mischievous, he shoots his golden and leaden arrows at gods and men. Neither gods nor men have a chance to defend themselves against the arrows of Eros.

Pisces are like Aphrodite and Eros because they are beautiful, loveable, charming, romantic, and sensitive.